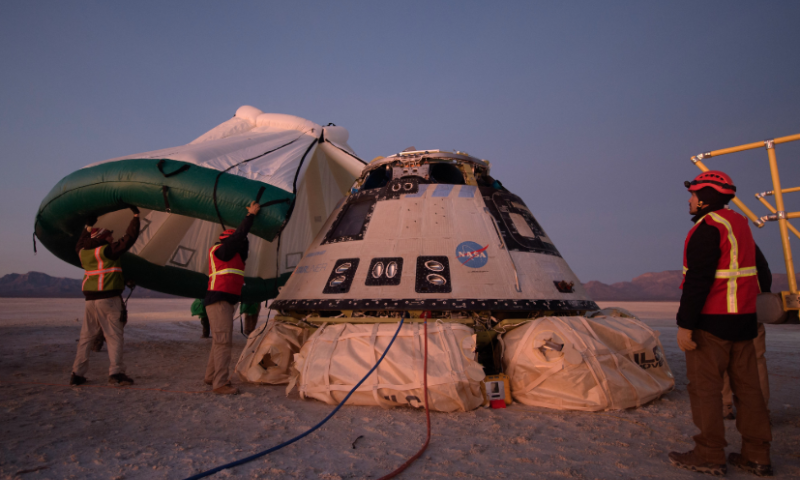 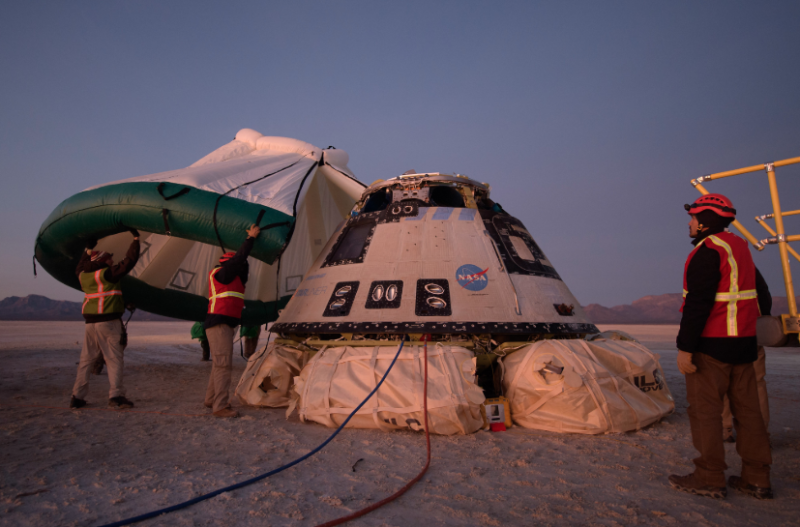 Boeing has agreed to repeat the test flight of its Starliner space capsule, a decision that sets its crewed space ambitions back by months and makes it likely SpaceX will win the race to return NASA’s astronauts to space from United States soil. The announcement comes after the initial flight late last year was marred by software glitches that prevented the capsule from reaching the International Space Station. The repeat flight likely will occur sometime in October or November, meaning the company probably won’t fly a mission with astronauts on board this year, according to a person familiar with the plans but not authorized to speak publicly. SpaceX is scheduled to make the first crewed flight of its Dragon capsule next month. Repeating the mission and investigating other problems with Starliner is an expensive proposition: Earlier this year, Boeing said it was taking a $410 million charge to offset the cost.  Boeing will refly its Starliner

The maiden mission of the Starliner spacecraft — a test demonstration without crews on board — went awry shortly after lift off from Cape Canaveral in December. Since then, NASA and Boeing have revealed that there were several problems, including a timing issue with the spacecraft’s computer that was 11 hours off.

Given the importance of the launches — to fly NASA astronauts for the first time since the Space Shuttle was retired in 2011 — Boeing did not want to take any chances, the official said, especially given the crisis it endured when two of its 737 Max airplanes crashed killing 346 people.

“The last thing you want is to have crews on board and have something go wrong,” the official said.

It was unclear how much NASA influenced Boeing’s decision to refly the mission. The move was portrayed as a Boeing recommendation to NASA, which the space agency approved. In a statement, the space agency said it “has accepted the proposal to fly the mission again and will work side-by-side with Boeing to resume flight tests.” If Boeing had proposed moving directly to a crewed mission, NASA said it “would have completed a detailed review and analysis of the proposal to determine the feasibility of the plan.”

Shortly after The Post published this story, Boeing confirmed it would repeat the mission without crews, which “will allow us to complete all flight test objectives and evaluate the performance of the second Starliner vehicle at no cost to the taxpayer. We will then proceed to the tremendous responsibility and privilege of flying astronauts to the International Space Station.”

It said it is “committed to the safety of the men and women who design, build and ultimately will fly on the Starliner just as we have on every crewed mission to space.”

When NASA awarded contracts, worth $6.8 billion combined, in 2014 to Boeing and SpaceX, Boeing was viewed as the industry stalwart that would likely earn the honor of restoring human spaceflight to American soil for NASA. But since then, SpaceX, which also flies cargo to the space station and was recently awarded a contract to resupply the outpost NASA wants to put in orbit around the moon, has become a force in the space industry long dominated by traditional contractors.

SpaceX is proceeding swiftly with its program. And after flying a successful mission without astronauts on board to the station last year, it is currently planning a flight with crews as early as May.  Boeing will refly its Starliner

Boeing had hoped to fly crews this year, but in addition to the timing issue, the company has said it encountered a software problem that would have caused the wrong thrusters to fire during the craft’s return to Earth, when what’s known as the service module separates from the crew module.

Controllers on the ground discovered the problem while the spacecraft was in orbit and were able to correct it. Had they not, however, it could have led to an array of significant problems, from damaging the spacecraft’s heat shield to sending it tumbling off course.

NASA and Boeing initially played down the significance of the spacecraft’s woes and held out hope that Boeing would be able to proceed with a flight with astronauts this year. But as the company and space agency uncovered more problems, NASA grew more pointed in its criticism of one of its most trusted contractors.

Earlier this year, NASA said in a blog post that “there were numerous instances where the Boeing software quality processes either should have or could have uncovered the defects. It added that those problems would have had serious consequences and “led to risk of spacecraft loss.”

As a result, Boeing is now reviewing all 1 million lines of code on the spacecraft — a lengthy and expensive process.  Boeing will refly its Starliner

Last month, SpaceX announced a problem leading up to the test of its spacecraft’s parachute system. A capsule-shaped device designed to simulate the weight and mass of the spacecraft became unstable as it was being hoisted aloft by a helicopter. Out of an abundance of caution, the pilot released the test device, destroying it.

But officials said they didn’t think the setback would delay the company’s progress. And a crewed launch remains scheduled for next month.