Throwing money at problems works in space, too! A paper in the Proceedings of the National Academy of Sciences says that the space debris problem can be fixed once and for all, not by the engineers and scientists who consider space their domain, but with cold, hard cash: about $235,000 per satellite. Such a plan would create financial barriers for smaller organizations. Economists Suggest Satellite

The space trash problem is essentially an extension of our earthly pollution and garbage habits, which the researchers call “the latest tragedy of the commons.” The low orbits around Earth are filling up with 20,000 objects such as old satellites and debris. 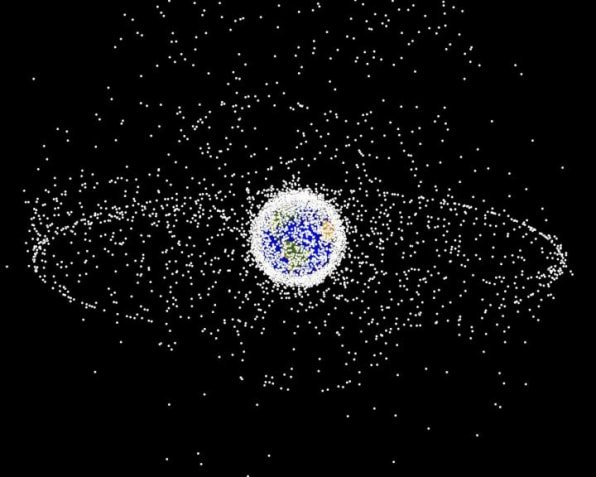 Space junk looks sparkly and pretty until your $100 million satellite crashes into it and dies. Up until now, proposed solutions have included newfangled catch-and-remove initiatives (with nets! harpoons! lasers!) as well as regulations requiring that satellites deorbit at the end of their lives.

The economists are quite certain that ciz-ash is the answer and hope that a tax would force satellite operators to both weigh and pay the collective costs of another satellite in orbit, while increasing safety and quadrupling the value of the satellite industry in 20 years due to few collisions and no need for expensive replacement launches. They propose a tax on orbiting satellites (not launches), paired with deorbiting requirements.

The tax amount would likely vary depending on the orbit. All countries would need to participate, similar to current carbon tax and fishery models. Economists Suggest Satellite

Whatever the solution, now is the time to launch, they say. “In other sectors, [cleanup] has often been a game of catch-up with substantial social costs,” says coauthor Matthew Burgess, an economist and fellow at the Cooperative Institute for Research in Environmental Sciences at the University of Colorado Boulder. “But the relatively young space industry can avoid these costs before they escalate.”