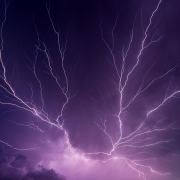 There has been proposed constellation of six CubeSats to map lightning.

Cubespark CubeSats, equipped with high-resolution optical imagers and VHF sensors, would “map not only the flash locations, but map the full structure of it deep within convective clouds,” Jackson Remington of the Universities Space Research Association said Jan. 9 at the American Meteorological Society conference here.

Cubespark is designed to measure the global distribution of lightning, help explain the relationship between lightning and severe weather, and monitor lightning-produced nitrogen oxides, which have an impact on air quality.

The data currently comes from a variety of sources including terrestrial sensors and the Geostationary Lightning Mappers on the National Oceanic and Atmospheric Administration’s Geostationary Operational Environmental Satellite-R series. In low Earth orbit, a Lightning Image Sensor (LIS) designed by scientists at the University of Alabama, Huntsville, and manufactured at NASA Marshall has been making observations since it was installed on the International Space Station in 2017.

“It’s important to point out that low-Earth orbit observations are at risk,” Remington said.

LIS is scheduled to stop gathering data from the space station later this year “and there’s no planned successor of a day-night lightning imager” in low-Earth orbit, Remington said. “So, we really need to get these up there,” he added.

In simulations, the Cubespark constellation was able to pinpoint the location of lightning to within one to two kilometers over a 300- to 600-kilometer swath from the tropics to high latitudes, Remington said.

The space station offers an excellent vantage point to scientists studying TLEs. At about 250 miles up, it is much closer to these phenomena than a geosynchronous satellite. Further, the stations’ orbit allows for coverage of storms worldwide.

All this allows LIS and ASIM to produce a unique space-based dataset of thunderstorms and their effects, which in turn helps support other observational instruments. LIS for example has been used to calibrate instruments and verify data for the Geostationary Lightning Mapper on NASA and NOAA’s GOES satellites, and will also support the lightning imager on the European satellite, Meteosat Third Generation. This support helps make the data produced by these sensors the highest quality for serving the public.

From the space station, LIS can provide lightning data in near-realtime for the benefit of those on Earth. It can report lightning nearing dry areas of forests prone to wildfires. It’s integrated into the NOAA Aviation Weather Center’s operations, which provides weather forecasts and warnings to the US and international aviation and maritime communities. And, over time, it can map data points to help scientists observe changes to our climate over broad tracts of land and sea.

In short, studying lightning and its effects both below and above the clouds can have a big impact on how we view our planet. 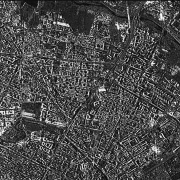 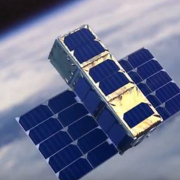 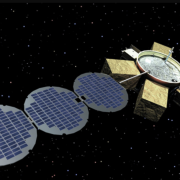