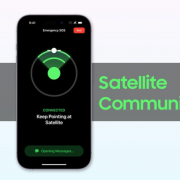 Samsung has entered into a service provider agreement with Iridium to connect its satellites to the new upcoming smartphones.

The U.S.-based satellite operator said it is due to be paid royalties, development and network usage fees from the deal in a Dec. 30 regulatory filing that provided no financial details or timings.

“To protect each company’s investment in this newly developed technology, the overall arrangements include substantial recoupment payments from each company for commercializing a similar capability,” Iridium said.

The announcement comes after Iridium said in July that it had signed a development contract with a company to enable its satellite technology in smartphones.

Iridium said both agreements are still contingent upon successfully developing the technology.

Unlike the direct-to-smartphone service Apple launched Nov. 15 with Iridium’s rival Globalstar, ETNews said Samsung’s service would extend beyond basic SOS messaging to enable texts and low-resolution images to be sent outside terrestrial networks.

While Iridium and South Korea-based Samsung have declined to comment on the ETNews report, Lee Seung-gwan, a senior executive at Samsung Electronics’ communications team, said a “smartphone-satellite connection is something we should pursue, obviously.”

The partnership would make sense for Iridium following Apple’s Globalstar tie-up, according to William Blair analyst Louie DiPalma, who expects the Galaxy S23 line-up to be released in February.

Globalstar’s willingness to allocate 85% of its satellite network to Apple helped seal its deal with the company behind one of the world’s most successful smartphones.

But that level of commitment was not feasible for Iridium, DiPalma said in a note to investors Nov. 25, because thousands of blue chip customers including the U.S. Department of Defense currently rely on its network.

“In our view, the Iridium smartphone functionality will be more expansive than the Apple-GlobalStar iPhone14 partnership,” he added.

During Iridium’s latest earnings call Oct. 20, CEO Matt Desch hinted that “you can do a lot more than just push an emergency button” with a smartphone connected to a satellite.

Apple has kept its future direct-to-smartphone plans close to its chest as it invests $450 million to upgrade Globalstar’s network.

Meanwhile, other established and startup satellite companies are preparing to offer more than just basic emergency messaging when they launch their direct-to-smartphone services in the coming years.

Samsung Next, Samsung’s investment arm, was an early investor in AST SpaceMobile.

DiPalma expects an Iridium partnership with Samsung would contribute $20 million in revenues in its first year, although “that estimate may be conservative.” 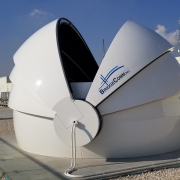