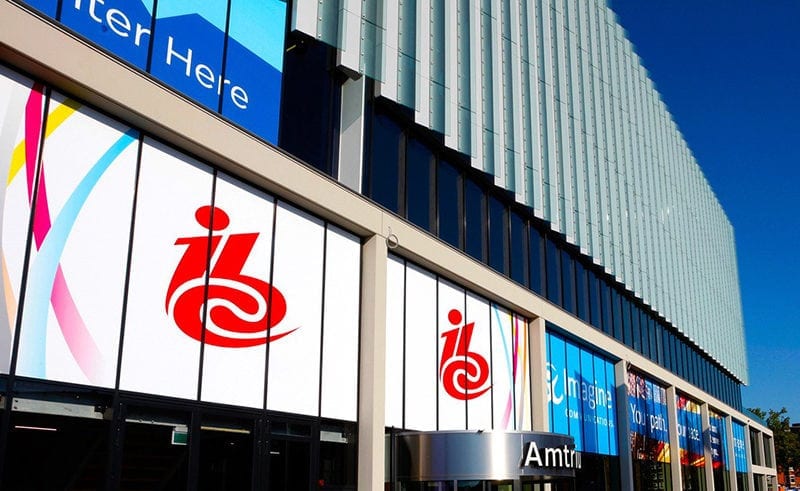 After eight days of being at World Satellite Business Week (WSBW) in Paris and IBC Show in Amsterdam and having talked MEO, LEO, GEO, Ka-, Ku-, C-, V-, Q- and even E-band, I would like to share some random observations about key takeaways from these trade shows.

I have been described as many things, called many things but being called a payload is a new one on me. In one of the more humorous moments of WSBW current Via Satellite, Satellite Executive of the Year, Gwynne Shotwell spoke about the importance of human spaceflight for SpaceX and there was a market of seven billion payloads (I assume I can be classed as one). What was interesting is that SpaceX seems to believe any permanent slowdown in GEO orders will not adversely impact its business. I am still a little skeptical that the human space flight market will happen as quickly as Blue Origin and SpaceX seem to think it will, but I hope I am proved wrong. Either way, Shotwell once again raised some interesting talking points at WSBW.

As GEO orders slow down, launchers remain at an interesting inflection point. One of the over-riding topics at WSBW will be the importance of rideshare and finding more ways to take satellites and hop from one orbit to another. It seems as the market gets more and more diverse with different kinds of satellites, rideshare launch services could become en vogue over the next few years.

3.) Predicting GEO Orders is a Crapshoot

Maybe some will call me out on this, but I don’t remember any of the satellite manufacturing executives giving a Nostradamus type prediction three years ago that the number of GEO orders would completely collapse and the market would suffer hugely. The predictions of whether the GEO market will come back seemed to differ widely with Airbus being the most bullish about this market. What cannot be in doubt is predicting the future of GEO is a bit of a crapshoot at the moment. When you have more satellite manufacturers than GEO satellite orders, you realize the market is on the cusp of change.

4.) The Mysterious Silence from One Web

Maybe something, maybe nothing, but things seem pretty quiet on the One Web front, with a real lack of news and announcements in recent times. The future of One Web continues to be one of the hot topics, with the operator very much polarizing opinions among the satellite community. Given the way the original O3b Networks premise changed and how that business evolved, there are many questions regarding One Web and whether it will succeed. Greg Wyler has an almost evangelical outlook on One Web and ‘The Mission’ but it is clear, that while no-one is doubting the ambition and scope of the system, whether it will succeed is a question which gets met with a lot of different answers. One Web’s CEO Eric Beranger was pretty evasive when talking about the costs of the satellite system. It did nothing to quieten the rumors that the system is facing numerous challenges right now.

One of the more fascinating topics of debate in Paris is how big satellite/space companies are looking to scoop up bright new companies to improve their businesses. Companies like Lockheed Martin, Airbus and Boeing now have dedicated venture capital (VC) arms eagerly looking to invest in hot technology start-ups. It is an exciting new trend, and it will be interesting to see which companies emerge as winners when picking up new companies to acquire and integrate into their businesses. Lockheed Martin, for example, is significantly increasing its investment in VC business for example, as it looks to create new exciting offers for satellite companies.

You know a company has made it when its name is used in new and creative ways. I have been hearing this term more and more as the OTT era is now in full effect. While we often talk about it about how it impacts the satellite industry, there is little doubt the pay-TV market has shifted dramatically in recent years as consumer behavior has become ever more apparent when it comes to video. While DTH and big pay-TV operators are not going anywhere any time soon, it is clear that ‘Netflix-ization’ is now in full effect in the video industry, and others are having to respond.

Spectrum is the lifeblood for the satellite industry, and using new bands has been a common topic down the years. There definitely appears to be more talk about Q and V band, particularly at IBC, with companies starting to bring out products/solutions for these bands. It is fascinating to see how things develop and how operators might to start to use these bands to bring services to customers. I even heard E-Band mentioned a couple of times which was new. Exciting times lay ahead. 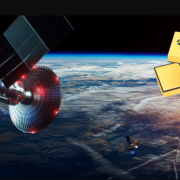