Satellite service provider Inmarsat has contracted with Airbus Defence and Space to deliver three new satellites to upgrade capacity and enhance the Global Xpress (GX) and Fleet Xpress services. The partnership will provide a step-change in GX’s capabilities, capacity and agility for the benefit of existing and future Inmarsat customers, partners and investors.

The new geostationary satellites will provide the platform for a transformational upgrade in Fleet Xpress on close to 7,000 ships worldwide helping enable digitalisation at sea.

Inmarsat’s GX network was first designed in 2010 and began global services in 2015. This created the world’s first and only seamless global mobile broadband network. Inmarsat has since grown GX revenues strongly and established leading positions in the emerging global Maritime through Fleet Xpress, Aviation and Government mobile satellite broadband markets, with GX revenues increasing by 85% to $250.9m in 2018.

As part of this growth, Fleet Xpress was brought to market in March 2016, with a quartet of fifth generation GX satellites now providing its maritime broadband component using Inmarsat’s I-4 satellites. Last year, market analyst Euroconsult indicated that Fleet Xpress is the fastest growing VSAT provider to the maritime industry.

The announcement marks the beginning of the next phase of GX’s evolution, enhancing global mobile broadband coverage with a transformation in network capacity and service capability. This transformation, together with the unparalleled agility of the next-generation satellites, will ensure GX remains at the forefront of innovation for the benefit of customers and partners.

This contract with Airbus is for the manufacture of three next-generation GX satellites (GX7, 8 & 9), with the first scheduled to launch in H1 2023. The level of capital expenditure under this programme is in line with that provided for in our long term planning. As such, there is no change to our overall capex guidance on the back of today’s announcement.

This network development encompasses a major enhancement to the GX ground network, which will deliver full integration of each generation of GX satellites to form a highly-secure, inter-operable, ultra-high performance network. Future GX satellites offering new capabilities can easily be added to this dynamic framework whenever and wherever demand dictates. The network will also be able to benefit from future technology innovation.

The new GX technology will be compatible with existing terminals, allowing Inmarsat customers to benefit seamlessly from this and future service enhancements. Through regular upgrades by Inmarsat to the GX network capabilities and features, customers will be able to take advantage of future technology innovation.

Rupert Pearce, Chief Executive Officer, Inmarsat said, “On its launch in 2010, Global Xpress revolutionised satellite telecommunications and, even in 2019, GX remains the world’s only truly seamless global mobile broadband network. As such, I am delighted today to announce the next steps in GX’s development, in partnership with Airbus, which will ensure that our customers continue to benefit from GX’s ground-breaking technology and capabilities for many years to come.

Worldwide demand for mobile broadband connectivity has grown exponentially in recent years and we expect this trend to continue. This next phase in the evolution of our GX network provides a dynamic and powerful answer to the challenges created by this growth in demand, building on the strong foundations we have already established”. 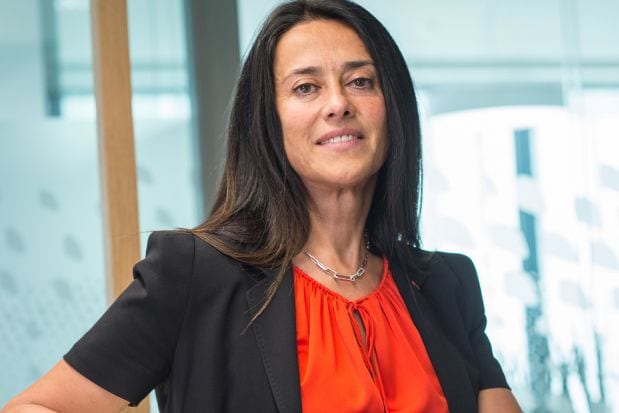 Airbus SE is expanding its yearlong quantum computing research effort by seeking help from outside experts on tough flight physics problems, said Grazia Vittadini, the company’s chief technology officer. The European aerospace giant joins several other firms in finance, biotech and the automotive sector that are experimenting with how quantum computers could take on complex calculations that are far too time-consuming for classical computers.

“We are convinced that quantum technologies and specifically quantum computing do represent a breakthrough for different industries, including our own,” Ms. Vittadini said in an interview, adding that it could take about 10 years to bring quantum computing to everyday applications. Nobody has yet built a quantum computer that can be used for large-scale applications, but companies and governments around the world are investing heavily in developing the technology.

Ms. Vittadini will oversee a quantum computing challenge in which academics, startups, and other quantum science experts can submit proposals for solving five complex flight-physics problems. One of the challenges involves finding ways to save fuel by optimizing planes’ climb and descent routes. A quantum computer could consider parameters such as weather and tailwind at every point during a flight to suggest the best course, Ms. Vittadini said.

Another challenge is to speed up the time it takes to design an aircraft component called the wing box, which is situated between an aircraft’s fuselage and its wing. Airbus also is asking for proposals to accelerate computational fluid-dynamics simulations, which model how air flows around a plane. “We’d like this to be the first step for us to engage with experts and enthusiasts in the field…in what we believe will be a quantum era in aerospace,” Ms. Vittadini said.

Ms. Vittadini announced the competition at the Digital, Life, Design Conference in Munich on Jan. 20. The winner of the challenge is expected to be announced during the first quarter of 2020. The initiative builds on about two years of research into applying quantum computing to complex tasks by Airbus’s in-house staff and external vendors, Ms. Vittadini said.

In 2016, the company invested an undisclosed amount in the seed-funding round of QC Ware Corp., which connects enterprises via the cloud with quantum computing hardware providers including D-Wave Systems Inc. and International Business Machines Corp.

Airbus sought QC Ware’s help in understanding how quantum computing could be applied to mathematical calculations in the design phase of aircraft systems and parts, Ms. Vittadini said. Redesigning parts can be a time-consuming process with classical computers, which can take days to perform calculations. The companies found that the time it takes to calculate the result was four times faster with a quantum computer, Ms. Vittadini said.

The company also has formed partnerships with research institutions to use quantum mechanics to encrypt sensitive data being sent to and from drones. “This technology will become an essential building block for secure communication for an unmanned vehicle, including unmanned flying taxis,” Ms. Vittadini said.

Some of the problems Airbus wants to tackle include tasks that can be solved in minutes with a quantum computer, versus hours with a classical computer, said Matt Johnson, founder, and CEO of QC Ware, which has raised about $8 million in venture funding to date. Enterprises across industries now realize that quantum computing isn’t just “vaporware”—an idea without a product to test, he said. “Just about every company that has a long product life-cycle and some research and development component have this on their radar,” Mr. Johnson said.