Cable network operators also continue to upgrade the networks to DOCSIS 3.1 to support Gigabit speed broadband access. Despite the advancements in different broadband technologies, only around half of total households in the world are connected to a type of fixed broadband. Among the households which are not connected to fixed broadband access, mobile network is the primary connectivity for internet access since many populations use internet via their mobile phones. Fixed Wireless Access (FWA) broadband services using mobile networks and proprietary technologies have also been filling the broadband gap across different markets. Satellite has been an important technology to provide broadband in remote areas where it is challenging to deploy other terrestrial broadband networks.

The COVID-19 pandemic spotlighted the importance of broadband connectivity in both social and economic aspects of work, learning, communication, shopping, and healthcare. Although network operators have managed the traffic surge contributed by home broadband networks well, governments around the world have witnessed that populations without efficient connectivity faced challenges to navigate through the pandemic. While households in the areas with limited fixed infrastructure need to rely on mobile network to access internet, it should be noted that 8 percent of the world’s population is still outside the mobile internet coverage according to the GSA. There is clearly a digital divide across different markets which needs to be addressed.

The Role of Satellite Broadband

Internet access via satellite networks has been a crucial solution for use cases such as emergency response, maritime, aviation, and broadband access in remote areas. Geostationary Orbit (GEO) satellite systems are the primary platform to provide broadband service, but only at a limited speed, between 5 Megabytes per second to 100 Megabytes per second, and with high latency, around 500 milliseconds, compared to other broadband platforms. Hardware and installation cost, usually above $300 is relatively high for consumers in emerging markets to get satellite broadband service. It is estimated that satellite market is providing around 3.5 million subscriptions worldwide as of today with the highest subscriber concentration in North America, followed by Europe.

What is the Outlook for LEO Satellite Broadband in 2022?

LEO satellite broadband is still a niche market. According to SpaceX, which launched LEO broadband service Starlink in late 2020, it has now achieved around a 90,000-user base. It recently gained license to operate StarLink service in Mexico and is now trying to secure license to operate in India, one of the markets with lowest fixed broadband penetration. OneWeb, another LEO platform which aims to enter broadband market, has launched over 300 satellites in late 2021 after securing agreement with AT&T to provide broadband connectivity for AT&T business customers. Amazon provide a new progress regarding Project Kuiper as they announced that they have secured up to 83 launches from three commercial space companies—Arianespace, Blue Origin, and United Launch Alliance (ULA)—to provide heavy-lift capacity for the program..

Although LEO platforms supports low latency, high terminal cost is possibly a key challenge to expanding the customer base. Considering majority of the market opportunity existing in emerging market, heavily subsidized terminal cost of $500 is beyond the reach of most consumers. Despite attempts by industry players to reduce terminal cost, the current adoption rate which needs only low hardware volume, terminal cost deduction cannot be done enough yet. Furthermore, LEO platforms face inevitable competition from terrestrial broadband platforms. Especially the expansion of LTE networks and future 5G roll outs in emerging markets will continue to compete against LEO broadband services. Due to mass adoption, terrestrial networks tend to achieve faster ecosystem development which brings wider choice of hardware and software and lower cost to develop cost per user.

LEO platforms will need other players coming into the market soon since competition is expected to increase adoption rate and create a force to lower the terminal cost. Considering current market dynamics, there is a potential to of LEO broadband market to grow in 2022, however at the limited pace. LEO broadband services are likely to gain subscriber base from both consumer and business segments in advanced markets. However, business and government user base are likely to be major drivers of LEO broadband market in emerging markets. Initial target of LEO platforms is not to replace wired broadband services, but to connect the unconnected population. To achieve their goal, the ability to support enough capacity in targeted market is crucial. As competition arrives, improvements in hardware cost and features are expected to speed up accelerating the adoption in the residential market in the next few years. 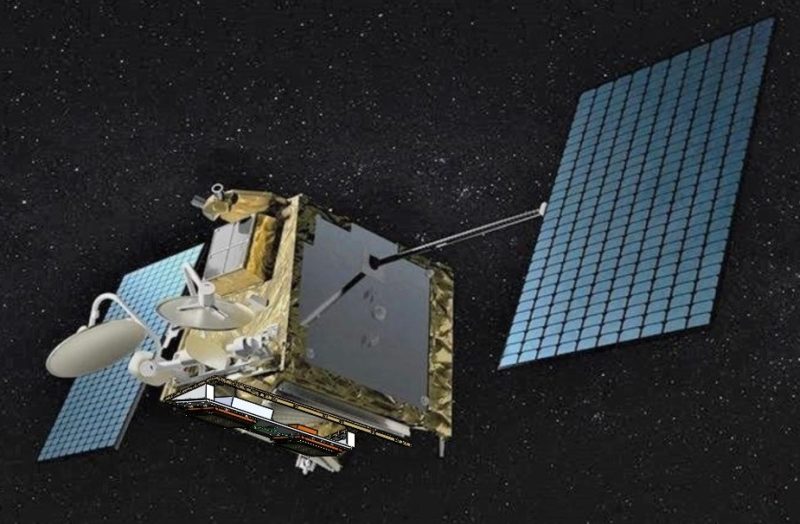 OneWeb appeals to Government. The SoftBank-backed satellite firm has turned to the UK government for support as it seeks a lifeline

Oneweb has appealed to the Government for a rescue loan as the bankrupt satellite business hunts for a lifeline after a planned investment from Japanese giant SoftBank collapsed.

The British satellite company, which filed for Chapter 11 protection in the US, has held talks on whether a state-backed loan could provide urgent funding needed to revive the business.

In a letter to Downing Street, OneWeb is understood to have offered to move its entire operations from Florida to Britain. Ministers were told that transforming the business into a UK-centric operation could address ongoing security concerns about Britain’s telecoms network and deliver on the Government’s pledge to bring faster broadband to rural areas by 2025. Meanwhile, a warning was issued that without a taxpayer-backed loan, OneWeb’s cutting-edge technology could fall into foreign hands, sources said.

The rescue cash would be just a fraction of the hundreds of millions of pounds OneWeb would need to continue its plans for 600 broadband satellites and dozens of rocket launches. Last month, SoftBank, OneWeb’s biggest investor, pulled the plug on a planned deal that would have pumped $2bn into the company.

Sources said Government backing could prompt other investors to join a bailout deal for the start-up, which is headquartered in White City with a factory in Florida. OneWeb has been forced to lay off about 90pc of its 500 staff. A OneWeb spokesman said: “OneWeb is exploring a range of options but cannot comment on any specific discussion.”

The Government has launched schemes for businesses affected by coronavirus that are in need of funding with loans ranging from £5m to £25m. OneWeb, however, was generating little revenue and has burned through billions of pounds for rocket launches.

A government spokesman said: “The government put together a far-reaching package of support to help businesses and their employees through this very challenging time. We are in regular discussions with the space industry, including OneWeb, on how best it can be supported.”

While sources close to OneWeb remain confident of finding new investors, analysts are cautious. Quilty, which monitors the space sector, warned it was “unlikely” a strategic buyer would step forward. OneWeb appeals to Government